Rodeo Stampede is a game where players will have their zoo, and they will try to catch new animals to attract visitors. You will be going to wild areas and finding many different animals. At the same time, you will have the opportunity to ride different animals and change the mounts with your skills. In addition, during the game, you will try to perform actions correctly and dodge problems that appear.

OPERATE THE ZOO IN THE SKY

The gameplay that players will find in Rodeo Stampede is centered around you collecting beasts in the wilds, and the first place you come to is called Savannah. The goal of collecting animals in the wild is to bring them back to a zoo for you to operate. But it is not an ordinary zoo because it is placed on a large boat and hovers in the air. The deck will be the place to set the cages of the animals you catch.

You will enter a pixel world with enjoyable designs that anyone will love. At the same time, the process of catching and moving in the game can be done by touching and swiping. That means that you only need to do these activities correctly, and you will go a long way. At the same time, it is also a factor that helps you discover new animals to catch and become close with them.

The first job you will do in Rodeo Stampede is to try to catch as many animals as possible because it will make your zoo more impressive and diverse. So when you are shot down from your airship’s cannon, then you will begin the process of moving. You will press and hold to perform the momentum, and when you release the hand, the character will jump out. From there, if it jumps close to a new animal, you can tap the screen to ride it.

The way to switch from one animal to another is essential because when you ride them for a long time, a red exclamation point will appear. The warning makes you need to jump to an animal to continue moving. Also, in the normal state, you will swipe left or right to dodge the surrounding elements. If the warning element has appeared and you do not change it, then the riding animal will lose control and sometimes crash into a rock and cause the level to be restarted.

Gameplay is similar to games that run to infinity as players will try to overcome obstacles and change mounts constantly. Also, when you spot an animal with the word new, that’s the next goal you need to conquer. Once you’re on its back, you’ll need to manipulate it for the intimate bar to be filled. The animal also has the same rebellious actions as when you get the warning element from the game.

INCREASE YOUR PROFITS WITH THE ZOO

You will be returned to the boat interface where many new animals have just been captured when you have failed because of an obstacle in Rodeo Stampede. You will build them a more fantastic place to live through the use of your money. At the same time, you can also see the change every time the cages reach a new level. That will bring an effect that helps you increase ticket prices for families who come here to visit the zoo, and you should not skip the quest with impressive rewards. 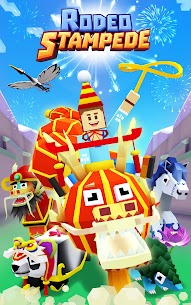 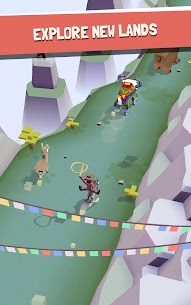 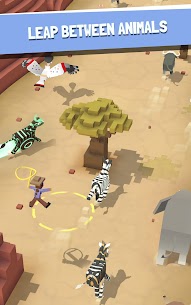 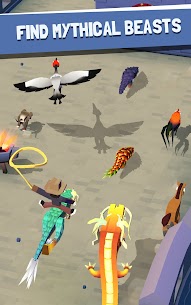 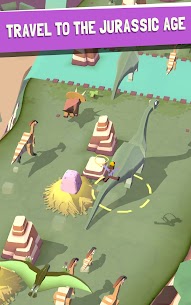 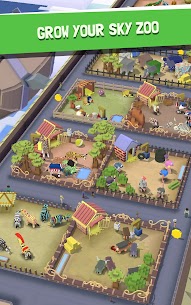 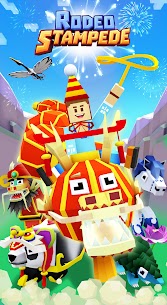 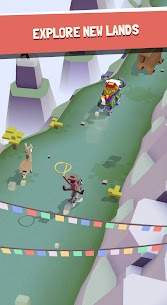 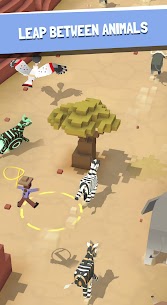 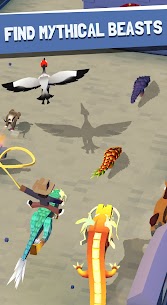