me series of the same name. You’ll be able to easily use your character’s skills in battle and utilize powerful skills against your enemies with impressive animations. At the same time, the number of characters is diverse that you will not be able to ignore, and each character has potentials that the player must unlock.

IMPRESSIVE WORLD WITH SPIRITS AND SHAMAN

When you start SHAMAN KING, you will surely be impressed with the battles and meet the characters from the anime series of the same name. Characters like Yoh Asakura and Amidamaru will appear and fight alongside you in the first few levels. At the same time, when combining the power of both, the skills will ultimately attract players, and the experience mechanism in the game is not too difficult because it revolves around the turn-based combat mechanism through the character’s skills.

The gameplay experience will always go along with the game’s storylines and thoroughly engaging storytelling. The details will appear similar to a manga page and gradually fill with color. So, you will be completely curious about what is conveyed in the game, and, of course, you will not want to skip when living in a world of your favorite anime. At the same time, to unlock these interesting storylines, you have to overcome many challenging matches.

USING THE SKILLS OF THE SHAMANS

After you have passed the SHAMAN KING tutorial, you will know how to fight this game. Each team will have up to three characters, and the goal of victory is straightforward, which is to take down the enemies ahead. At the same time, you will not need to care too much about the control because you need to choose the skill you feel is suitable for the situation and the character to use it. So this is the battle of each character’s strength.

An interesting point that any player will enjoy is the powerful attack skill at the end right of the screen. Depending on the character, it will be unlocked or not. So in the case of protagonist Yoh Asakura, you should be able to use it when full and unleash a powerful attack. It’s not just an attack, but it’s an awe-inspiring trigger animation. That will be a skill that can help you overcome some of the challenges in the game.

An interesting point that any SHAMAN KING player wants is a strong cast of characters, and of course, the game will have a mechanism for you to do this: spinning gacha. It is not a strange mechanism for players as they will use the resources they have to spin gachas with different amounts. Depending on the luck ratio, they will gain many characters with rare levels and diverse skills to assemble as a group.

After you have a team you want, you will not forget to upgrade their potential, especially evolving them to the next star rank. The effect of this is straightforward as you will unlock skills that are locked in the skill range you see in the battle to make the character stronger.

An impressive world attracts players in the first experience because: 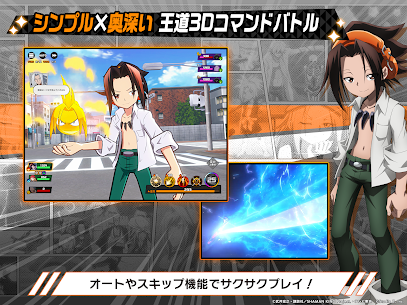 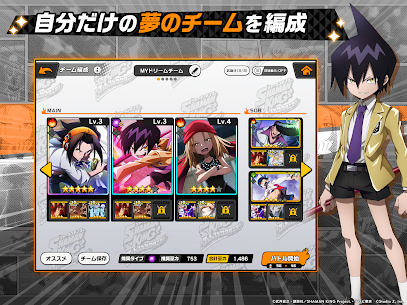