World Empire attracts thousands of participants by allowing players to practice strategies to change the country and become a mighty empire. What will you do to show your intelligence when taking the position of supreme commander? Many updated realistic elements make the game a lot more fun. When the whole world is in turmoil in the face of a protracted crisis, seize the moment and seize all available resources! 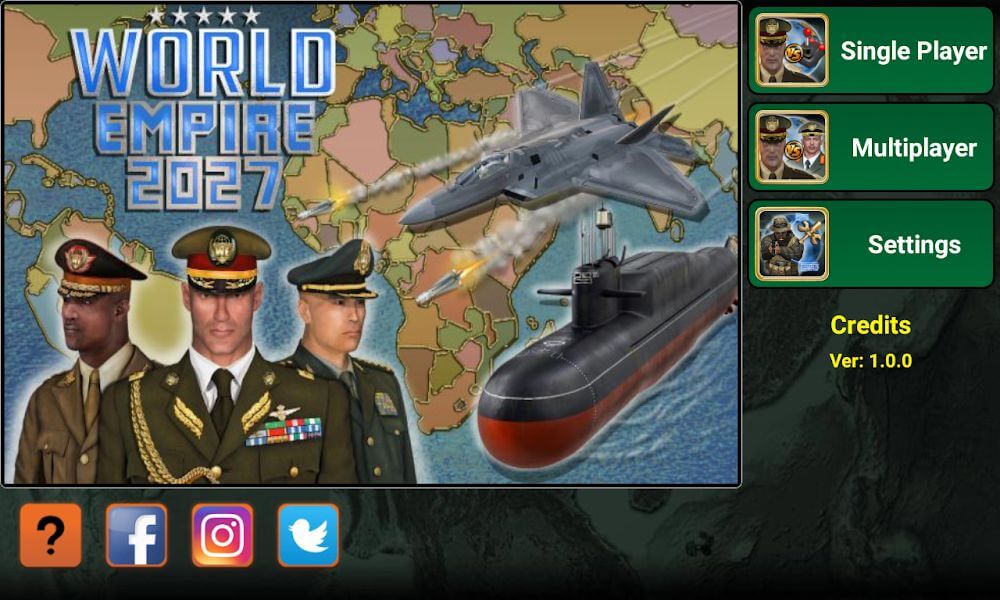 To properly update the current situation of countries, the system regularly releases updates. Most recently, thanks to receiving requests to change the way artificial intelligence is applied, the system was quickly implemented. From there, errors that occur when you interact with artificial intelligence will be eliminated. As far as information regarding all countries is provided, we are also willing to include real data in the game. 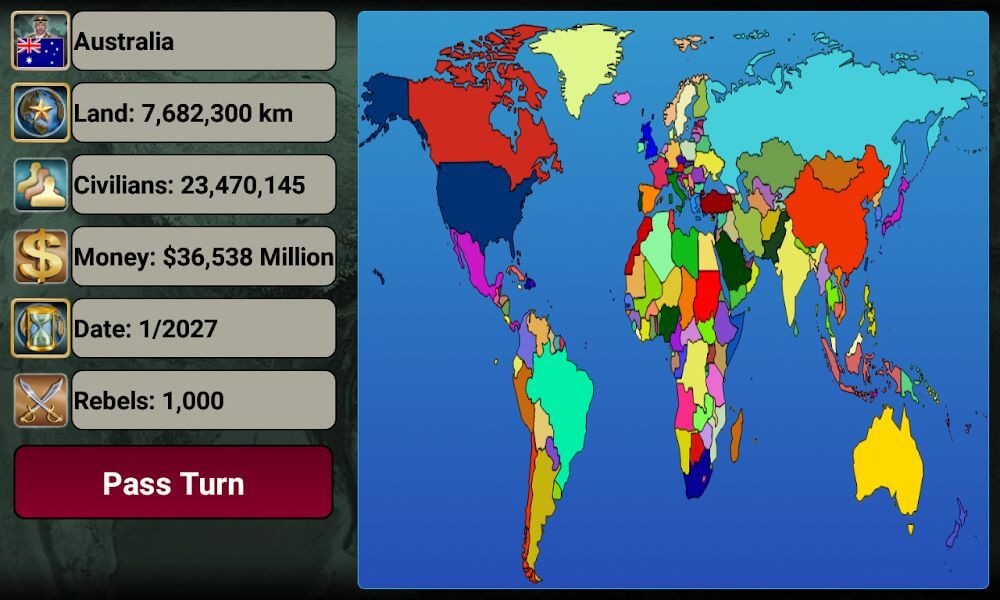 CHOOSE YOUR COUNTRY AND START YOUR QUEST

With a collection that includes 180 different countries, World Empire allows players to choose any location they want to visit. Your selection will be recorded, and information relevant to that country will be sent to you. In recent years, all content from defense to the economy will be displayed right on the screen. You can only develop a country once; constant change is not allowed. Artificial intelligence will accompany you on this exciting empire-building journey!

Each player participating in the game receives different tasks. The most significant task is to develop your country into an empire. Smaller missions will be played every day, and the system will provide suggestions to implement them. Players need to face expanding the territory by war, gain different resources on many lands and confront the enemy when someone wants to invade the country. Any country in the World Empire will get different support from the system. Each land will be equipped with many military buildings, bases, and research centers. However, you will have to make them active maps for easy control. For some military operations, a diplomatic office, a weapons research center, or a spy development base are buildings worth choosing. Besides, in order to develop the economy, centers for the production of goods and machines were also born to serve them. More orders will make you more money in this difficult and crisis situation. 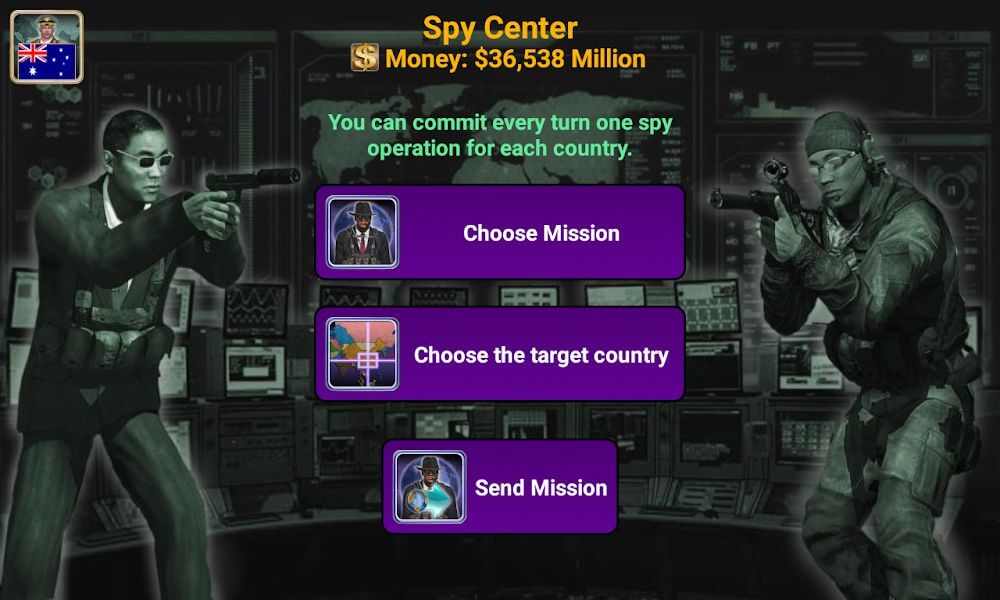 DEVELOP THE COUNTRY’S ARSENAL AND ECONOMY

Towards the development of the most powerful empire, the World Empire offered advanced weapons. Common weapons such as guns, bombs, or bullets are indispensable. Tanks, field vehicles, or air and water vehicles are also provided. Adding new missions means you have to use more weapons. Every step of military development needs the support of this special arsenal. The accumulations from the economy will help you build more weapons development locations. Let’s create an empire ready to face all crises!

IMPLEMENT IMPORTANT STRATEGIES WHILE AT THE TOP

World Empire concentrates all power in your hands; any decision made will affect the outcome of the battle. The future arms race will turn all leaders against each other. Based on this chaos, you can deploy the strategies given in advance. A powerful country will come with a developed military system and economy. When participating in this war, that is also your goal; you will succeed in doing them! 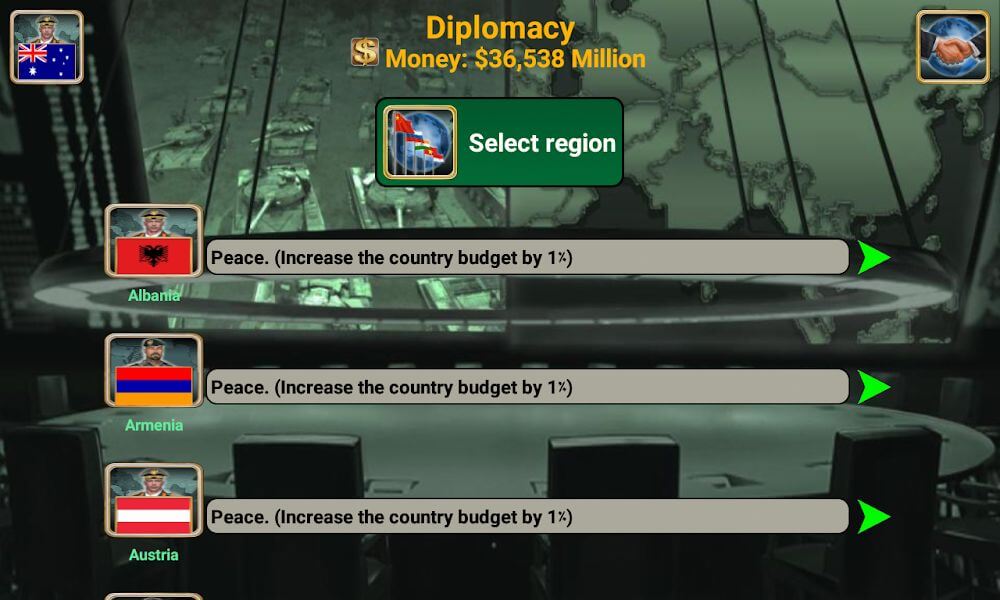 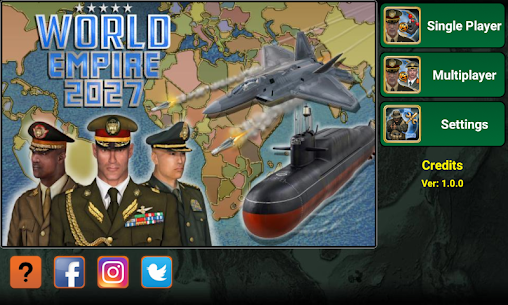 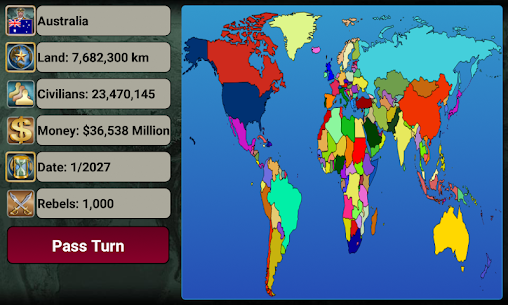 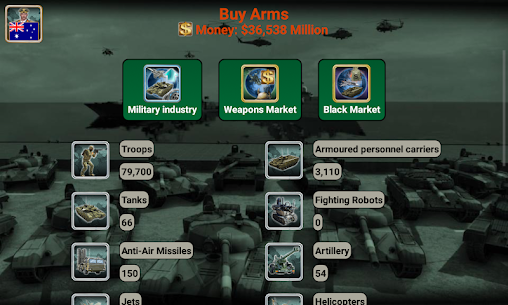 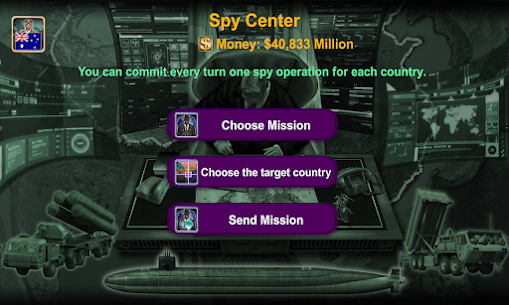 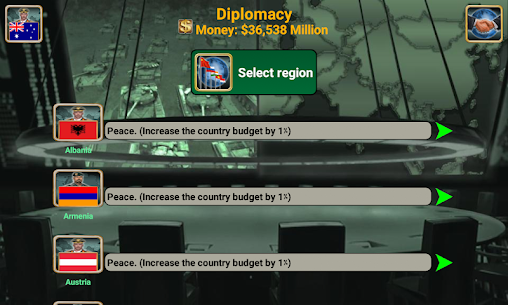 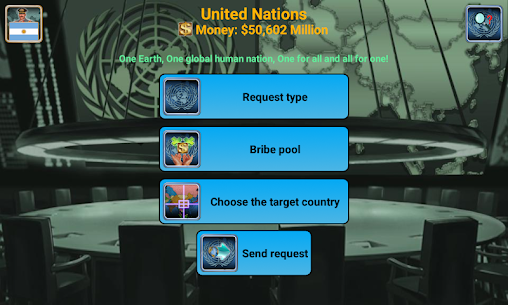 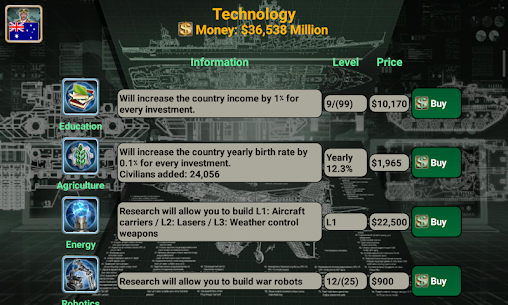 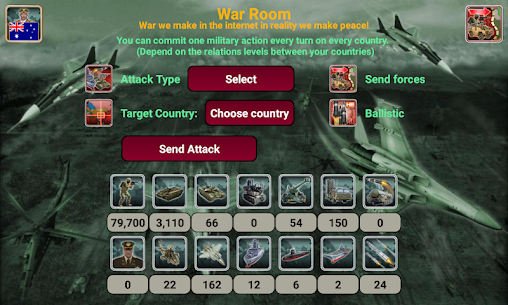 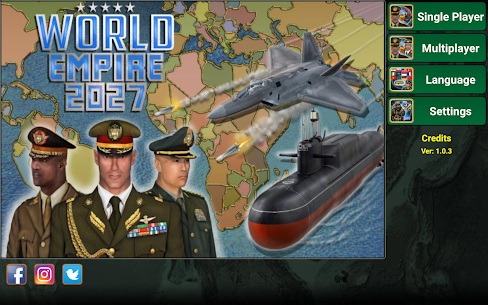 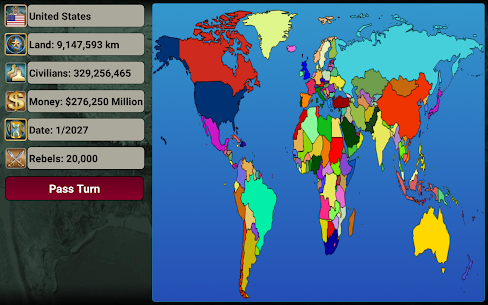